Difference between revisions of "About Airline Mogul" 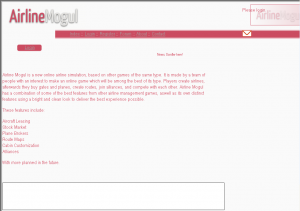 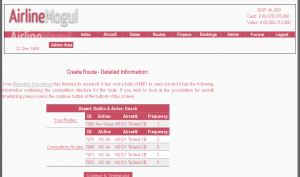 The game developed further in line with developer's skills. A Finance page was added, allowing players to see how much money they were making every month. This addition was coupled with a cash flow log (Operations Dept) for a complete itemized breakdown of costs and transactions of each airline. The cash flow logs were the start of a revamp of most pages on the website, with a fresh look to the tables and improved formatting it acted like a template for the rest of the site.

On the 4th of October 2008 a new era in AM started when another new design was launched bringing it into the 21st century. This new design has also brought two major new features: Private Worlds and a new Buy_Aircraft#Buying_Used_Aircraft. The addition of Private World's was a big change for the game, it still remains one of the few online airline games that offers fully customizable worlds for players to create. These new features fueled the growth of the game as large numbers of new players joined the game.